Live Your Life the Kingdom Way! 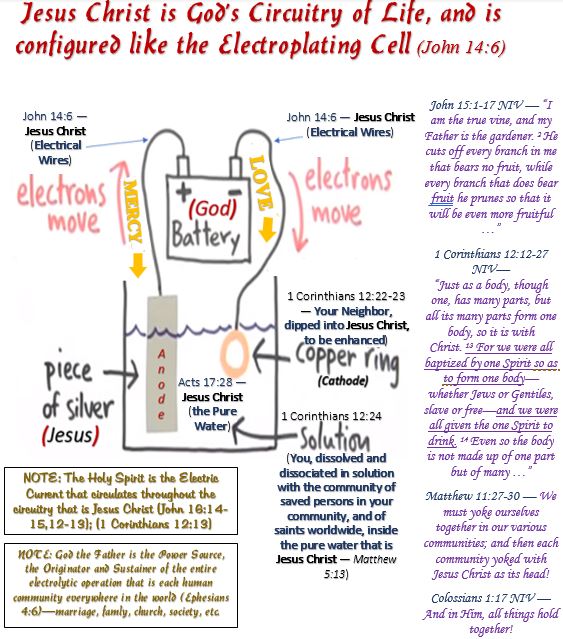 All mankind is created to be kingdom-minded — the kingdom of God, that is. And that is why the Bible says: “Fear God and obey his commandments, for this is the whole duty of man. For God will bring every deed into judgment, including every hidden thing, whether it is good or evil.”(Ecclesiastes 12:13-14).

This is the most profound advice in all the Bible; and we all should take heed to it. We should all forget about our selfish personal desires and lofty ambitions and consider the real purpose of God for our creation because that is the only way any of us is going to find God’s full favor. Is it possible to find God’s full favor? The answer is unequivocally yes! And that is God’s desire for all mankind.

Every parent desires the best for his/her children; and that does not start with mankind — we inherited it from God just the same way we inherited all our other good qualities from Him: “So God created man in His own image; in the image of God he created him; male and female he created them.”(Genesis 1:27).

The Bible tells us that we can do all things in Christ who strengthens us. And all things mean all things with no exception. That is God’s original intention for mankind: to do all things in Him. Because due to the evil that came into the world due to man’s disobedience of God, mankind got sidetracked all these years. But God’s Will and desire for mankind still remains the same due to God’s immeasurable goodness and mercy. Due to sin and selfishness and intoxication for power, man never gave his heart completely to God. Man has always been more interested in the pursuit of pleasure and physical comfort than he has ever been in his spiritual comfort. It continued that way until most of mankind forgot that our spiritual security is more paramount in our lives than everything else in life.

When life is going well, we conveniently forget that our spiritual maintenance is something we have to assign time and effort to. We wait until calamities show up in our lives before we seek God — and that is for those who somehow were made to believe that God exists, let alone control everything in the universe.

Man has excelled in every other field of life but human spirituality because our knowledge acquisition is based on the examination of things we can affect and control. But when it comes to our spirituality, we realize that we are dealing with a superior being that cannot be manipulated but must be obeyed completely.

God is not a thing that we can post up and manipulate at will and dissect and observe. Those who are humble bow their heads and begin to learn from God. And those who are arrogant and interested in only exalting themselves dismiss the reality of God as mere fallacy and man’s insecurity and a ploy to bolster his courage.

While the former grew spiritual and received from God what is desirable to discern spiritual knowledge, the latter convinced themselves that superior mental knowledge will lead them to the truth of God if God is true and has any control whatsoever, not realizing that mental power is inferior by nature to spiritual power.

Mental power procures knowledge from man’s immediate surrounding and past experiences while spiritual power, through man’s spirit, receives universal knowledge from God from far beyond man’s environment and mental grasp. We unintentionally limit how much we can learn when we exclude God from our world. God reaches into time and space and give you knowledge that is yet to come into the world when you are spiritually connected to Him.

Then if worshipping God is the whole duty mankind has in the world, that makes worshipping God the whole duty of man as well. Shocking it appears, but it should not be if we got it right in the first place. We have come to regard the observance of millions of man-made doctrines across the world’s religious sphere as the worship of God. That puts the religious world at the same level as the Pharisees and the teachers of the Law at the time of Jesus Christ in Israel.

Jesus Christ was so critical of those Jewish leaders. He blamed them for not following what Moses taught them that will get them into the kingdom of heaven; and also for blocking the worshippers who diligently seek God from entering, through their adulterated teaching and lifestyle. From the very beginning, man has demonstrated a great inability to understand what God intended man’s relationship with God to be. The purpose of man’s entire life is to worship God; and it is not a selfish thing on the part of God. It stems from God’s limitless love for man and the need to protect man from himself, because man has a self-destructive nature.

If you are curious as to how God expects us to worship Him continually and still be able pursue and maintain a gainful life, we will get to it in a minute. First I want to remind the reader that in the beginning, God was supposed to be responsible for all our provision and He did with Adam: He put together a lush garden and put Adam in it to dwell in. And Adam had everything he needed. But once sin came into man’s life due to man’s greed and unbelief, God kicked Adam and Eve out of the Garden of Eden to fend for themselves.

The best they did for themselves was cover themselves with leaves that they sew together. But God out of His unending love and great mercy and compassion, clothed them instead with animal skin and atoned for their sin with the blood of the animals. And He continued to be with them and in them and watched out for them because they could do nothing without God.

Although man has through his own action changed his destiny, yet God continued to provide for him but this time with some effort from man to demonstrate his desire to be fed and clothed and sheltered. And the very next generation of mankind realized it is their duty to honor God with the fruits of their labor: Cain with his crop harvest and Abel with his livestock. But even from that event man demonstrated his self-centeredness and reluctance to follow the Will of God for his life. Abel gave from his best harvest but Cain gave from his leftovers and became murderously enraged when his offering was rejected by God.

Abel learned from God through his spirit what will make a pleasing sacrifice to God and offered it. Cain on the other hand could care less what God thinks of his sacrifice for whatever reason best known to Him. However when God showed his dissatisfaction about what Cain offered to Him, because became jealous of his brother for giving to God what He was pleased with. He did not care before.

Now he could not feel any comfort because of his indifference and selfishness. Now he is blaming someone else for doing the right thing and in so doing cast a negative light on his indifference. Abel was able to respond in a way that totally satisfied God because he was conducting his life in a manner that kept him close to God and kept God interested in everything he was doing in his life.

He followed his physical and mental abilities more than he needed to and neglected his spiritual needs. In essence, He did not acknowledge God in all things. He pursued life on his own and exclusively followed the direction of his mind, and missed the whispers of God that fetched corrections from God at every turn in life.

Abel may have died in the hands of his brother but he had a fulfilling life. He was in the world but not of the world. He served God contentedly and received the rewards that are given by God for obedience and dedication. The Bible did not tell us how old he was when he died, but it was clear he died a noble member of the kingdom of heaven for the book of Hebrews and the gospel told us that Abel was a prophet of God and his blood is still speaking today.

Obedience Is The First Human Requirement!

To be human, is to operate everyday in your image and likeness of God. Anytime you fail to do so, you are doing the world of the devil, and in that instant, have made the devil your father (John 8:34-

Love and continue to love to the end!